Antilia is nowadays shinning for welcoming a new member of the family. Mukesh Ambani, the chairman of Reliance group is one of India’s richest men every news of his family has been always in the limelight in the media. Every event of the Ambani family is always Mega and studded with Bollywood stars, cricket celebrities and topmost politicians and bureaucrats. Recently, elder son of Ambani family Akash Ambani has proposed his childhood friend Shloka Mehta for marriage in a resort of Goa and its spread all over India. Here, are the 10 things to know about new daughter in law of Mukesh Ambani Shloka Mehta and her story with Akash Ambani.

Shloka Mehta has two siblings, Viraj Mehta and Divya Mehta. Viraj Mehta is also handling his father’s company and also marries to Nisha Seth famous of famous great eastern shipping family. Shloka’s sister Divya Mehta is the daughter in law of Amit Jatia owner of Hardcastle restaurants, who is having the franchise of famous American company McDonald’s in India.

Shloka Mehta did her schooling from Dhirubhai Ambani school, where she met Akash Ambani and their relationship develop. Shloka did her graduation in Anthropology from Princeton University. Shloka did her master degree from London school of economics and Political in the United Kingdom. She is also handling her father’s business as per sources she is also one of the directors of his company, hence she is a beauty with brain.

I am sure that Nita Ambani loves her this quality. Like Her future Mother-in-Law Nita Ambani, she loves to work for people. As per sources she more likes to work in NGO than business, as she does not have any interest in her mother and sister in designing of diamonds. Shloka is head of Connectfor’s NGO which provides a platform to people and various NGOs for volunteering in Mumbai.

When you are coming from a big family, then controversies will also follow you. Same here also, Shloka’s mother, Mona Mehta is a relative of Nirav Modi. Yes, Nirav Modi, who went out of India without paying money to Punjab National Bank. 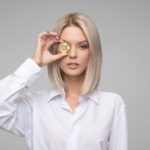 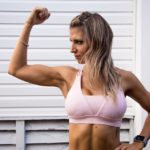