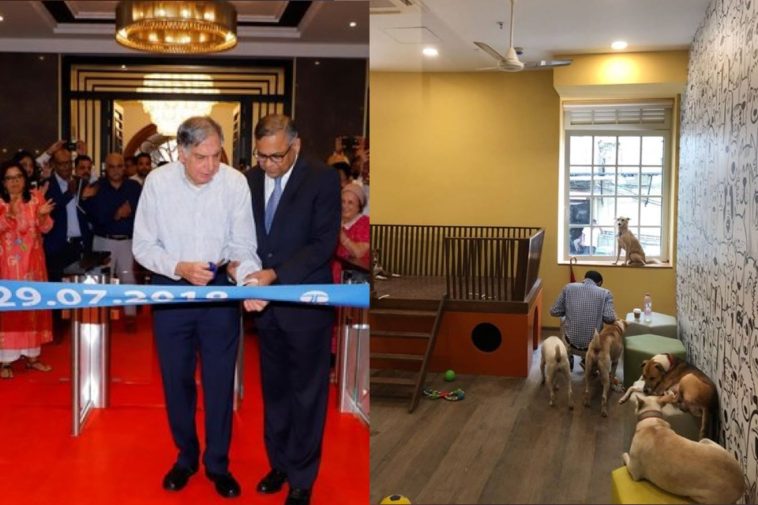 On 29th July, after a nine-month of revamping, the Tata Group unlatched the door of Bombay House.
What’s more? On the occasion of the 114th birth anniversary of its former chairman, J.R.D. Tata, a part of the iconic building has been dedicated to the lovely stray dogs. 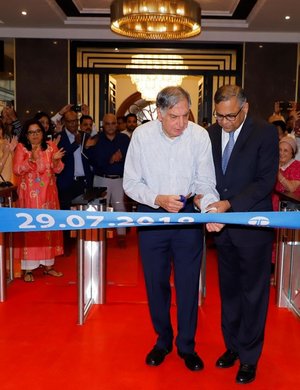 Strays are often neglected, shooed away and mistreated. They usually don’t receive the love that they deserve. Living sans shelter, barely managing to survive, stray dogs need attention and care. Thanks to Tata Group for marking the special date with an exemplary gesture.

The new harbor for the pawed friends is adorned with doodles and painted in bright colors, giving a very jovial vibe. There’s abundant food, space, play area, toys, anything and everything for them! This place is a heaven-in-disguise for the stray dogs, away from the filth and unhygienic conditions, shelter during all seasons, a new home.

Ratan Tata’s affinity towards dogs has been one of the major reasons behind this initiative. He has always had a soft corner for the stray dogs ever since he got to know about the severe adversities faced by them during rainy season roaming recklessly for a shelter. He has also invested in DogSpot.in
The building has been home for the stray dogs since a long time, they’d be seldom found sleeping in the reception area or security guard’s cabin.

It is extremely enthralling to see such compassion and sense of responsibility! It is definitely very inspiring to see such benevolence towards these homeless friends.