India is a big country not only in terms of area and population but also in terms of diversity. Knowing everything about this great country is almost impossible. Here are 13 shocking things that will make you even more curious about India.

India has the largest postal network in the world with over 1, 55,015 post offices. A single post office has the responsibility to serve a population of 7,175 people. The floating post office located in Dal Lake, Srinagar, was inaugurated in August 2011 to serve the region.

The 2011 Kumbh Mela was the largest gathering of people with over 75 million pilgrims. The gathering was so huge that the crowd was visible from space.

Elephants receive baths, massages, and even food at the Punnathoor Cotta Elephant Yard Rejuvenation Centre in Kerala. Now that’s a BIG step for the country.

The world’s first granite temple, the Brihadeswara Temple situated in Tamil Nadu, was built in the 11th century. It is one of the most visited sites in the state.

Diamonds were used to be only mined in India’s Guntur and Krishna District of the Krishna River Delta. Until diamonds were found in Brazil during the 18th century, India led the world in diamond production.

India is now considered one of the most advanced countries in the world. What happened when India’s first rocket was brought on a cycle? Yes, it happened. Indian Space Research Organization (ISRO) has developed the first rocket with other research organization. They have used cycle as their medium of transportation.

You may not believe, Shampoo was invented in India. It’s not the commercial liquid that we use today from various brands but the method by use of herbs. The word ‘shampoo’ itself has been derived from the Sanskrit word champo, which means to massage.

Most of the men flaunt it as a U.K company, while it is truly made of finest Indian fabrics in India. Peter England is the largest menswear brands in India.

Mumbai is so much congested city. To overcome this problem, Government has built a new city which is near to original Mumbai and named as ‘Navi Mumbai’. It is the largest planned township on the planet which was developed in 1972.

The length of steel wires used in the construction of the Bandra-Worli Sealink, Mumbai, is equivalent to the earth’s circumference. The eight-lane Sealink, constructed at a cost of ₹1,600 crore, is the first cable-stayed bridge on the open sea in India.

Residents of Mawsynram, a village in Meghalaya which gets a record-breaking 11,861 mm of rain a year, are used to clouds floating right into their homes. But once the monsoon is over, they have to queue up at taps and fight for water.

At an altitude of 2,444 meters, the Chail Cricket Ground in Chail, Himachal Pradesh, is the highest in the world. It was built in 1893 and is a part of the Chail Military School.

The father of India’s missile programme had visited Switzerland back in 2006. Upon his arrival, Switzerland declared May 26th as Science Day. 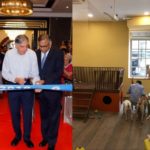 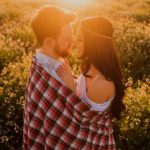