Living in an Indian household or for that matter this society makes you go through a lot of stereotypical categorizations and things. But have you ever wondered how you would express out those scenarios to someone who isn’t aware of those? No? Then here we have some of the quirkiest illustrations created by Brown Paperbag Comics presenting the Stereotypical Lifestyle and sense that almost all of you would relate to being a part of the society that we live in. 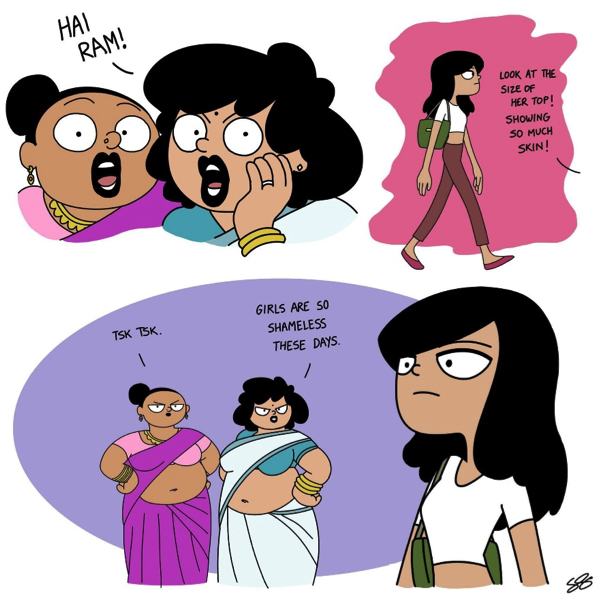 It’s not the length of our shorts, but the breadth of your mind that matters!

While many of us protest on the roads for the rights of women, there are still many who got that stereotypical image of Gender Roles in their head. This one here is the one that hits spot-on, on this issue!

To all such auntyjis (and the people with such kind of a frame of mind), the only thing we girls would want to say out loud is that, we might be wearing a crop top but your blouse shows no less. Think about how loose your tongue is rather than appointing the same adjective to our characters.

In what way do you relate to this one? Is it that your maid becomes your morning/wake up alarm by switching off that fan? Or that your importance becomes zero in front of your mother when the maid is at home and she is given the first preference? 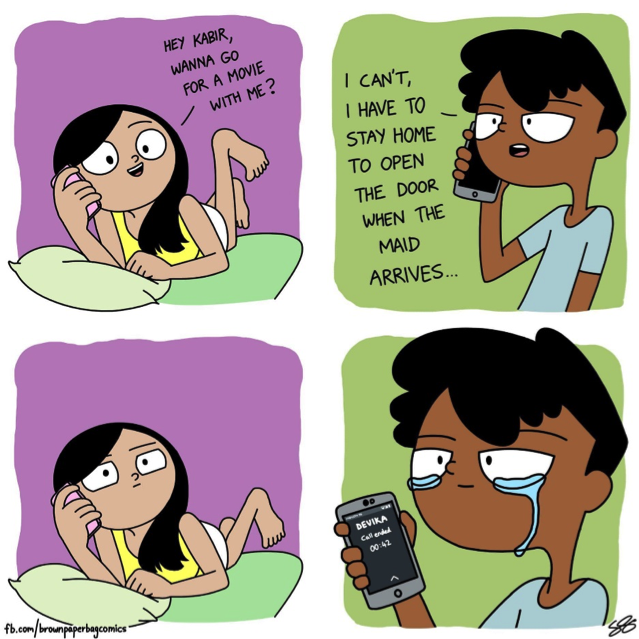 Here’s another comic illustration that understands your situation fairly well! This one reminds us of the times we had to stay put at home because we can drop our plans for the maid but she being so busy cannot change her timings even for a day!

Now, living in an Indian household makes you realize that whatever be the reason for hating that maid of yours, you can not even try and speak against her if you want to live a happy and secure life (flying chappal alert! if you do otherwise).

3. Aeroplane crash has a Nail connection

Ever heard your mother saying, ‘beta 6 baje ke baad nails mat kaatna’? Well, now that we live in India, most of us have!

Living in this country while we have parted ways with some of the orthodox rituals that made no sense, we still have a long way to go when myths are concerned. While some of these make scientific sense, some are total crap. Who could have even thought that such a big disaster or for that matter any such disaster would be God’s punishment for just having cut those nails of yours late in the evening? Another myth that needs to be shattered. Isn’t it?

To help you out, Brown Paperbag Comics has brought out this amazing illustration. Spread it over and be the next myth shatterer!

4. Parents: Choose the Career You (We) Desire! 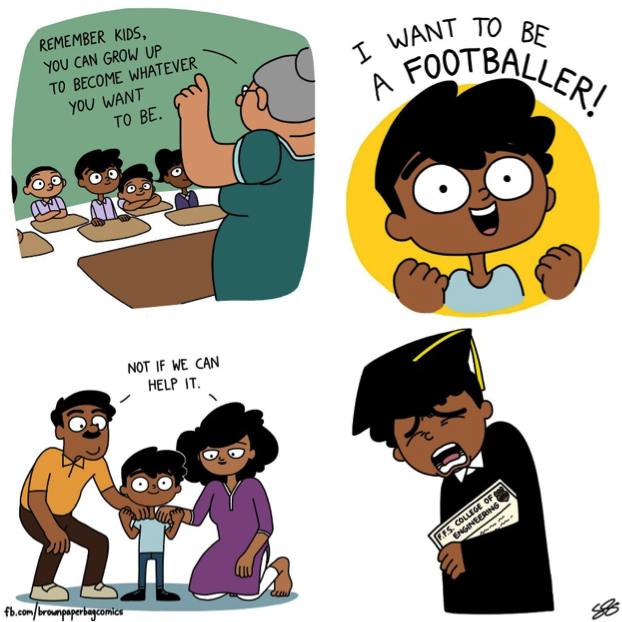 Careers in India, are an aspect that individuals in India would here about as, “Follow your Dreams”, but would be executed as, “Humara beta Engineer Banega!”. This one here, just got it right.

‘Cause Mumma dear, not every friend we talk to at 3 in the Night is our girlfriend/boyfriend. We have besties too! (From both Genders of course!) 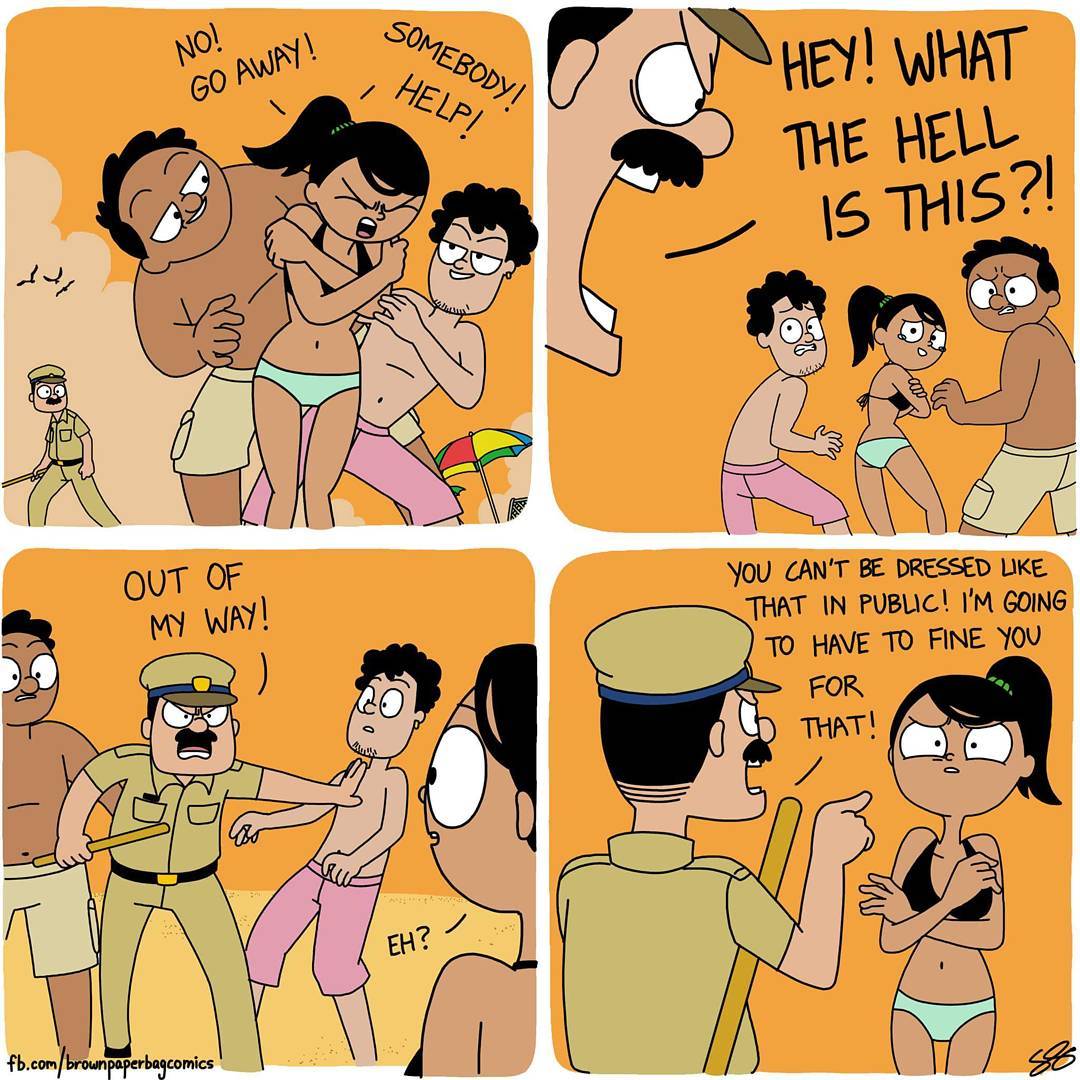 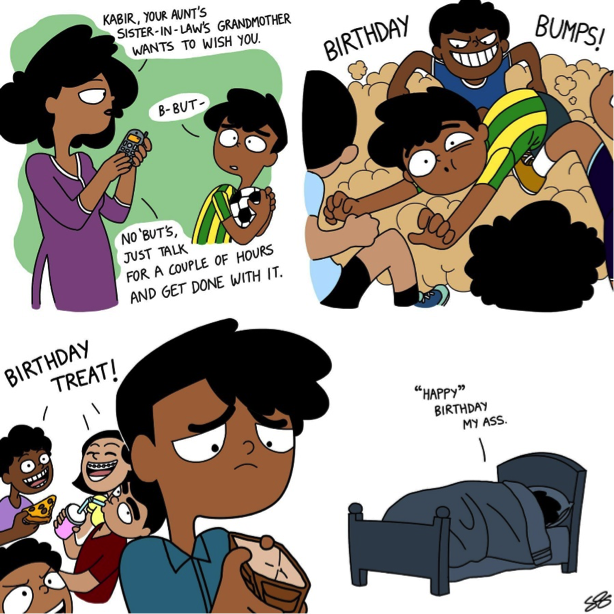 When your bum gets such a special treatment to make you a favourite of the entire Universe it’s got to be your Birthday!

9. Oh, I am Sorry to have almost Killed you! 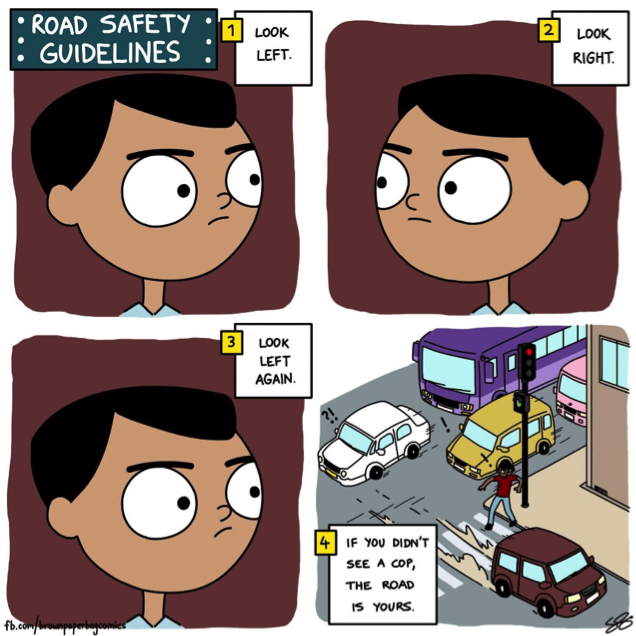 For pedestrians: Look left. Look Right. Look left again. And then walk your way through (if the road’s empty).

For the Gaadiwaalas: Rash drive as much as you want, even though you might end up killing someone. But who cares? Because, “Road Mere Baap Ka Hai!”. 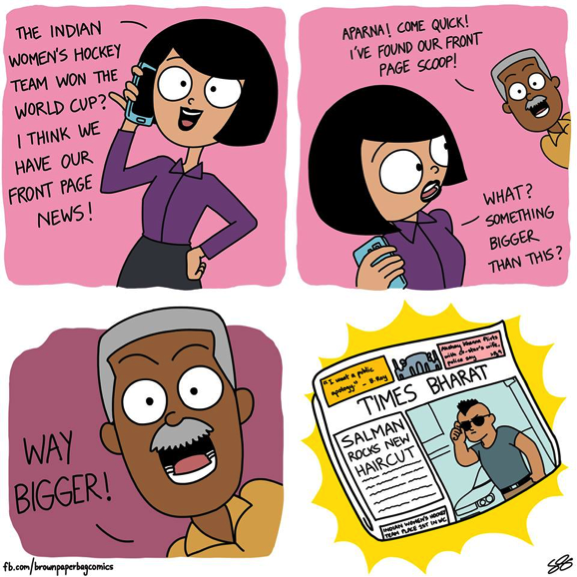 Publicity Stunts—That’s what the news is all about today!

11. We are Feminists! Oh, sorry! We meant Hypocrites. 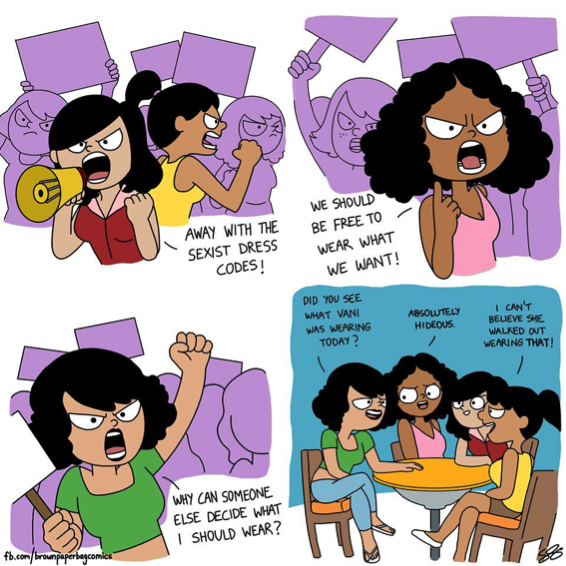 Feminism a, as has been overrated today has become a topic of superiority rather than equality. And when we are two different shades of ourselves in front of and behind the backs of people, who are we but Hypocrites!

These were by far the most amazing and quirky illustrations of such situations that we all might have faced some time or the other in our lives. Was it relatable to your life? If yes, then we’d love to hear from you! Please tell us about your views on the same as well as about which one you could relate with the most, in the comments section below. Hope you like it.

More From: Just For Fun 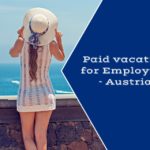 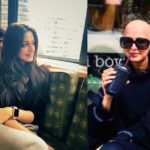